Two products have helped reduce environmental impacts of our salon

The Salon Of Chi is now using biodegradable towels in an effort to reduce the impact of our business on the environment. Nicole Hewitt, director of Salon of Chi in Reading Road, Henley, has also stopped using foil when highlighting customers’ hair, switching to an environmentally-friendly paper instead.

Sustainable, biodegradable, disposable. What's not to love? In the entire history of no-brainers, we think Scrummi is the king of no brainers! Not only is it kinder to the planet, it saves you money too

Scrummi biodegradable hairdressing towels are a vegan product made with sustainable materials. 100% Biodegradeable in 8 weeks. And 15x more absorbant than cotton towels. Whats not to love?

PAPERNOTFOIL is a revolutionary sustainable hair foil. It is made from construction waste (rock) to create a re-usable and fully degradable & sustainable alternative to foil - Reduce, Reuse, Recycle.

Sustainable, biodegradable, disposable. What's not to love? In the entire history of no-brainers, we think Scrummi is the king of no brainers! Not only is it kinder to the planet, it saves you money too

Making a difference one step at a time...

A HAIRDRESSER is using biodegradable towels in an effort to reduce the impact of the business on the environment.Nicole Hewitt, director of Salon of Chi in Reading Road, Henley, has also stopped using foil when highlighting customers’ hair, switching to an environmentally-friendly paper instead.Mrs Hewitt already uses only ethical products and avoids the use of plastics wherever possible but wanted to do more.She first embraced greener business practices after seeing a shampoo bottle washed up on a beach in Jamaica and realising it was a brand she stocked. Mrs Hewitt said: “These towels are biodegradable and compostable and take eight weeks to break down.“They are made from sustainably sourced fibres of cedar and eucalyptus wood which are certified by two organisations responsible for the stewardship of forests. ”The manufacturer, Scrummi Salon Towels, says it plants three trees for every one it harvests. Mrs Hewitt said: “They say that the energy used in the entire lifecycle of a Scrummi towel, including its manufacture, is less than the energy used by washing one cotton towel in a washing machine.“We had to wait until we had worn our old towels out but we have recycled them and sent them off to a dog groomers.

”The business is also using a product created by Paper Not Foil, made from building waste, in the hair-colouring process. It can be used several times before breaking down.Mrs Hewitt said: “Instead of using foils when we highlight, we have started using this.“It breaks down like an egg shell but it’s totally safe for animal and plant life — there’s nothing toxic at all. You can recycle foil but it’s quite difficult. I would have to have had a waste licence.

”Four years ago, Mrs Hewitt had “eco-heads” fitted to her taps, which helps cut water usage by 65 per cent, and she uses ecologically sound cleaning products, including soapnuts. Her customers have been impressed with the initiatives. She said: “Our clients know that we’re making an effort to be more sustainable and they love it and it’s raising awareness for them of different products. A couple of them took the towels home to put in their compost bins! “At the moment we’re trying to look for biodegradable gloves so we don’t have to use plastic ones, which we have to wash and reuse.

”Last year, Mrs Hewitt won the business environment award at the inaugural Henley Heroes awards. She said: “The environment is a cause close to my heart. We can’t keep going as we are — we all have to make changes as a matter of absolute urgency.“I’ve got the team on board and they want to invest that time and energy into learning about these products.“It can’t all be about commerce, we have to be more ethical and conscious about what we’re doing.“Just small changes can make a difference — do you need to take a car? Can you turn the heating down? Can you get an electric car when you replace your car? Do you need to buy a plastic bag?

“At the end of the day what we want to do is create beautiful hair, that’s our focus, but we just want to make sure we’re not hurting the planet while we do that.“What’s the point of having beautiful hair if we haven’t got a planet to be on? It might sound daft but that’s the reality. My personal view is we’re getting to crisis point.“I would encourage other businesses to look at what they do and do what they can to make a difference.”

At the SALON OF CHI we welcome our guests, we listen to requests, we care about people. WE LOVE HAIR. We are creative visionaries believing in ETHICAL hair care, SUSTAINABLE product development and & FAIR TRADE. We CELEBRATE beauty in balance with NATURE and nurture

Changing Up Your Style 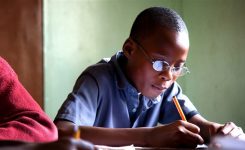 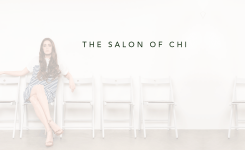 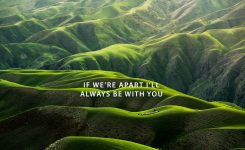 Thoughts from the front desk... 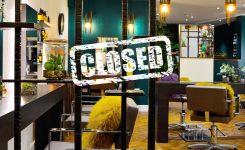 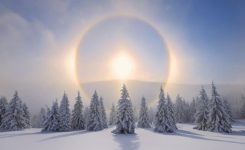 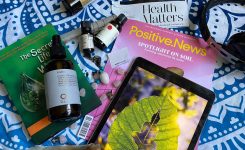 Senses from the front desk...

No comments so far.